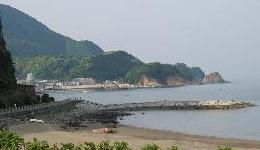 Famous for its hot springs (onsen, 温泉) and for its white sand beaches, the peninsula of Izu (伊豆), located in Shizuoka prefecture just South of Tokyo, is a perfect destination to spend a few days holiday. 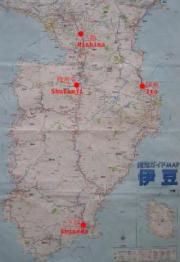 On the East coast, Atami (熱海) is a city developed around an onsen, which is very much appreciated by the inhabitants of Tokyo because they can reach it quite easily. A little more to the South, Itô (伊東) is the city where the English seaman William Adams stayed after his shipwreck along Izu coast. He became counselor of the Shohgun and supervised the construction of the first western style trade ship built in Japan.

At the extreme South of the peninsula, the city of Shimoda (下田) is famous because it is there that was signed the first “Treaty of Friendship” between Japan and the United States, which became the starting point of the cultural and economical opening of Japan to the rest of the world.

Back to the North inside the peninsula is a luxuriant region, with among other the “Seven Waterfalls” (Nana-daru, 七滝) which are worth seeing. 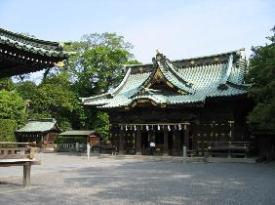 Finally, in Northern Izu, you will find the temple of Shuzenji (修善寺) where a lot of important figures of Japan used to go, like Natsume Sohseki. You’ll also see the Great Sanctuary of Mishima (Mishima Taisha, 三嶋大社), one of the most ancient shrines in Japan.

I personally loved Izu, and I hope being able to spend more time there, to discover it more thoroughly. People of Izu are simple and openminded, and the land is marvellous. Perfect to have a break.